At the heart of RADCOM’s NWDAF solution is RADCOM’s next-generation technology for 5G assurance - RADCOM I.C.O.N - which captures the data and events from the 5G core network functions and creates the load KPI’s that are provided to the PCF and NSSF. Enhancing the 5G core with the ability to collect and analyze aggregated data per slice and to aid network optimization via interaction with the PCF and NSSF. The PCF takes the input from RADCOM’s NWDAF solution to assign more resources or steer traffic policies, which helps operators run their network slices more dynamically. While the NSSF takes the load level information provided by RADCOM’s NWDAF for slice selection.

To enable access to untrusted non-3GPP access systems (like Wi-Fi) an interworking function, called Non-3GPP Interworking Function (N3IWF) has been introduced in 3GPP TR 23.793. The N3IWF interfaces to the 5G core control-plane functions and user-plane functions via the N2 interface and N3 interfaces. The Access Traffic Steering Support Function (ATSSF) will receive the NWDAF’s output for optimizing traffic steering of user sessions through multiple RATs.

The three primary operations supported by the ATSSS are:

RADCOM’s NWDAF is highly agile and customizable, fitting both the operators’ needs as their 5G core functions are implemented and as the NWDAF function evolves. RADCOM’s NWDAF takes data from multiple sources in the network (such as JSON, AVRO, Protobuf, raw packets, PCAP) and outputs the analytics in numerous formats (such as Kafka, TCP, REST, file, email) and is flexible in exposing its services to other network functions and which functions should benefit from them. 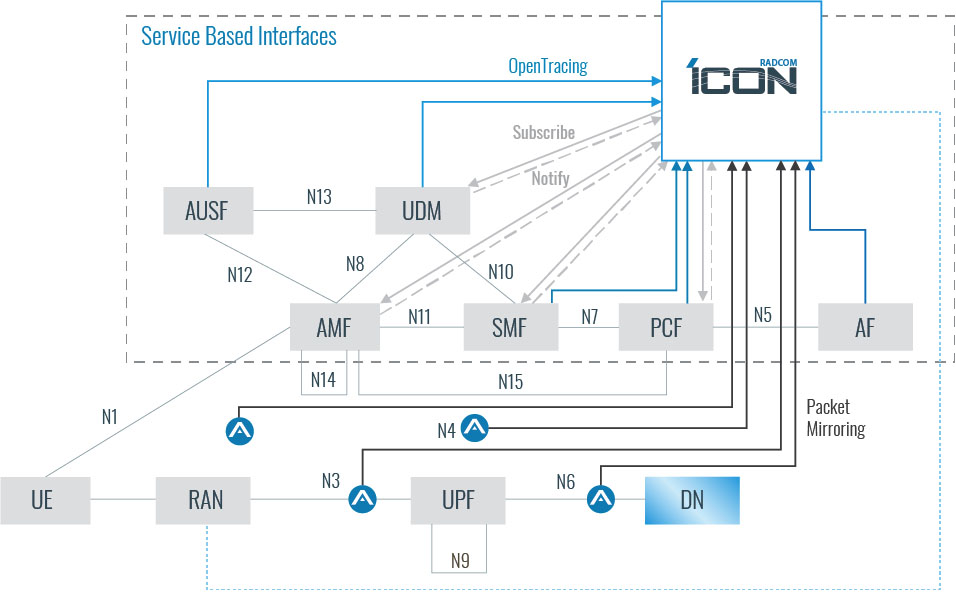