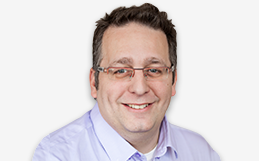 Eyal Harari, our Chief Executive Officer, has been with us since 2000. Eyal began in the Development side of RADCOM in 2000 as a software R&D group manager, later becoming the Director of Product Management for VoIP Monitoring Solutions, then the Senior Director of RADCOM's Product Management department, the Vice President of Products and Marketing and then as Chief Executive Officer, RADCOM North America since the beginning of 2016.

Before joining us, Eyal served from 1995 in the Communication, Computers & Electronics Corps of the Israel  Defense Forces, managing large-scale software projects.

Eyal received a B.A. in Computer Science from the Open University of Tel Aviv, and also holds an M.B.A. from Tel-Aviv  University and an LL.M in Business Law from Bar Ilan University.

BACK TO Management
go TOP